What started off as a blog through our journey to become parents, has now evolved to a blog about our lives as new parents to two amazing kids, Lily and Conor. 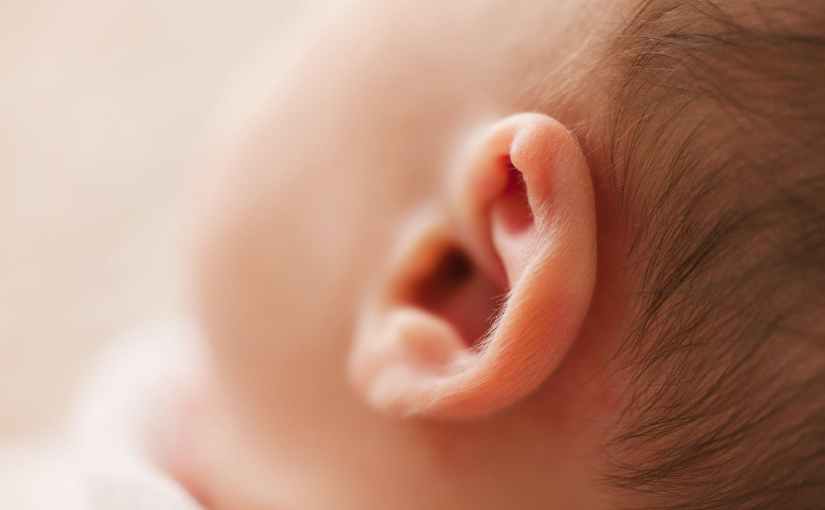 So my plan was to keep it all a secret. Don’t tell a soul.  The secret?  We are having Lily’s ears pierced on Saturday.  Why keep it a secret?  Parent shaming is at an all time high in my opinion.  People will judge every choice you make as a parent.  When Kylie Jenner posted a picture of Stormi with her ears pierced, the internet lit up.  “You have taken away your child’s right to choose”.  “You should have waited until she could consent to body modification”.  Ok, I get it.  I see both sides of the issue. Don’t picket my house with burning torches. It was the same struggle I had when trying to determine if we should circumcise Conor. In the case of circumcision, however, it isn’t easily reversed if he decided he didn’t want it. So we left that choice to him later on.

For us the choice to do it now is the fact that I can control how and where it is done, and I am the one responsible for the post care.  I have little doubt that Lily would not want it later in life, and if she doesn’t she can take them out.

Yes, it isn’t necessary to do.  I am, however, exercising my parental discretion.

In making the decision I researched best options, materials etc. We are having them done at Skin Dimensions, which is a professional piercing shop. On staff, they have a female professional that specializes in baby ear piercing.  Yes there is such a thing.  They use single use sterilized needs and the earrings are implant grade, which eliminates the fear of allergic reaction.  In my research, going to a professional piercing establishment is seen as the best option.  You are dealing with professionals that abide by strict rules of cleanliness and sterilization (make sure you research a reputable piercer).  The needle they use is hollow and it reduces any pain.  This is in stark contrast to say going to the mall and having a 17 year old girl at Claire’s use a piercing gun.  A piercing gun actually piercing using blunt force, which just shoots the blunt earring through the lobe.  Having had my original piercings done this way.. no thank you. Not only is it painful, but the sound of the gun and the high school part time worker likely isn’t the best option.

Yes, I have made this choice for Lily. For us it is the right one, and I can and will make sure she is safe and they are well taken care of.  Of course pics to follow on my Instagram, and a follow up piece on how it went.

This morning I am grateful for amazing friends and for the gift of laughter.

Last night I got together with an amazing group of friends. We went to a

lace called The Real Escape, and participated in an escape room called The Mavis House.  In a nutshell as a group we were locked in a house that was a scene of a grizzly murder and have to work as a team to solve various problems and get your way out, while at the same time solving the murder.  When the event was initially proposed I thought it was a strange concept to pay to be locked in a room and have to escape.  By the end of the evening we had so many laughs, it was a great time. It was a little terrifying, but at the same time challenging and hilarious.

First off, it’s about having fun. Whether you beat the room or the room beats you, what is most important is that you enjoy the challenge. In our case we beat the room, so the competitive side of me really enjoyed that. Especially because there is currently only a 22% success rate in escaping the room. But I did have to change my mindset going in… it was a good reminder for me to just live in the moment, and that it is not always about winning. Sometimes it is the experience that matters.  Living in the moment, and laughing a lot.

Studies also prove that we change physiologically when we laugh. We stretch muscles throughout our face and body, our pulse and blood pressure goes up, and we breathe faster, sending more oxygen to our tissues.

People who believe in the benefits of laughter say it can be like a mild workout, and may offer some of the same advantages as a workout.

According to Steve Wilson, MA, CSP, a Psychologist and laugh therapist, “The effects of laughter and exercise are very similar”. “Combining laughter and movement, like waving your arms, is a great way to boost your heart rate.” says Wilson

One pioneer in laughter research, William Fry, claimed it took ten minutes on a rowing machine for his heart rate to reach the level it would after just one minute of hearty laughter.

Another researcher from Vanderbilt University, conducted a small study in which he measured the amount of calories expended in laughing. It turned out that 10-15 minutes of laughter burned 50 calories.

So last night not only did I have fun, but I burned calories too. Win, Win.

It also reminded me that I am grateful for amazing friends and for the gift of laughter.